The Ankle and Foot 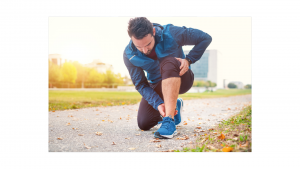 The ankle is predominantly a hinge joint between the shank and foot allowing for an “up and down” movement. The heel in combination with the smaller bones in the midfoot aid in the flattening and lifting of the arches to help with shock absorption and propulsion.

Stability of the joint is dependent on the joint surfaces, muscles and ligaments.